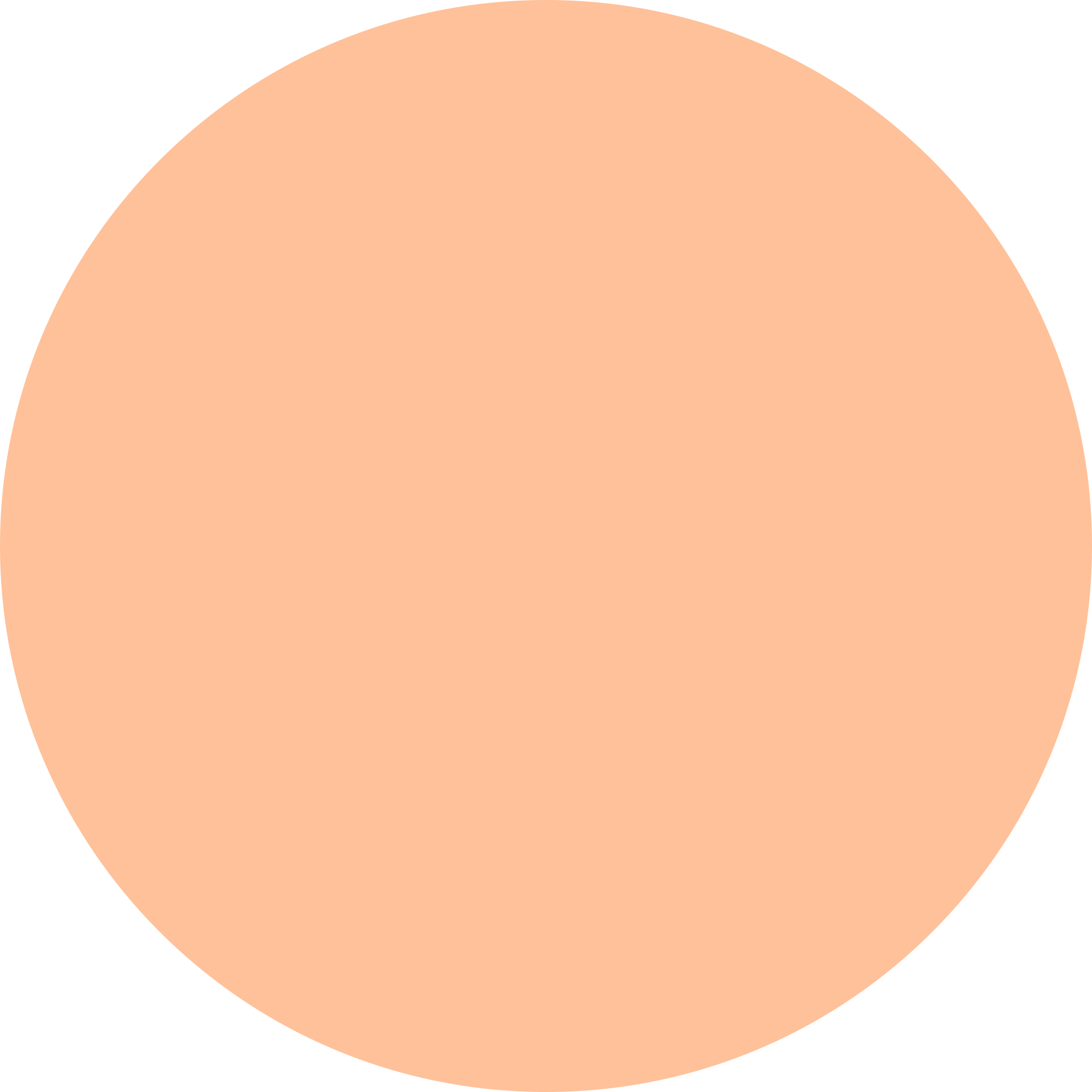 In May 2020, Taylor Capital acquired a commercial property in Largs for a net cost of £50,000. The property has a current RICS Redbook valuation of £510,000 on a VP basis (vacant possession). Possibly more given the right tenants on the right leases.

Now isn’t that interesting Commercial Property Values can move significantly depending on the tenant and the terms of the lease. On this one values are anywhere between £510,000 and £750,000. If you want to know more about how commercial real estate is valued, become a member of our Community, it's free.

The property previously  known as the “Vickys Hotel” had a bar and restaurant on the ground floor and rooms to let out upstairs. Plus, six flats to the rear that used to be rented as affordable housing. This was a 3-storey property, with a basement, situated in a fantastic and beautiful location on a prime trunk road overlooking the west coast of Scotland.

The plan for this was to develop the building into 12 apartments upstairs for affordable housing, plus two commercial units downstairs. Dan purchased 13,000 sq ft for £147,000. The property was then sold to the local housing association for £175,000. They paid for the planning application, architects, structural engineers, asbestos checks and removals, plus all fees. So, a small profit was made at the front end via “Coffees and Chats” instead of “Construction and Contracts”. The property was sold on a ‘boomerang contract’ which basically means our partners, a large housing association had to demolish, finance, build and provide us with 2 new build commercial units on the ground floor to an agreed spec within a specific timeframe, while they would retain 12 apartments in the uppers. They were then obliged to deliver the finished units by a certain point in time and if this was not met they then had to pay Dan £956 a week in damages. 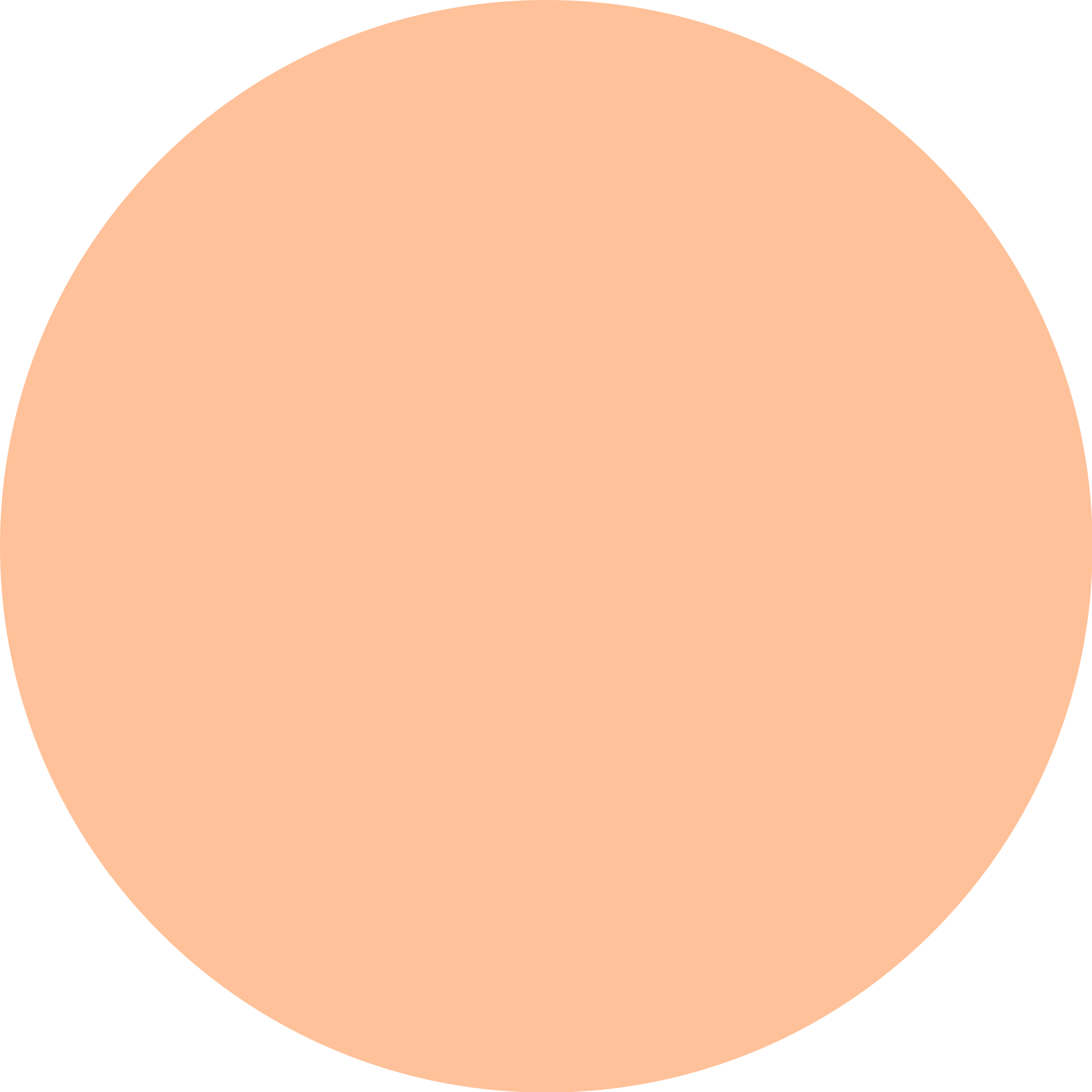 The aim of this project was to completely identify, mitigate and transfer all the “moveable” risk on the development side by partnering with a large housing association that has 6,500 units within their portfolio.

As mentioned above, the property was sold to a large local housing association on a boomerang deal for them to develop the new build so Dan held none of the risk. This strategy is grounded in de-risking developments by partnering or creating alliances with large bodies by providing creative solutions to their current problems, though first you have to find out what their problems are.

The development is now complete and the housing association are the proud owners of a trophy asset being 12 affordable residential units that are highly visible and prominent. The two commercial units purchased back from the association after they developed them for a Net Cost of £50,000. The commercial units have a current RICS Redbook valuation of £510,000 on a vacant possession basis ie without a tenant, and could go up to £750,000, with the right tenant on the right terms.

As well as being simple, this strategy is incredibly safe, because you are forcing capital appreciation. You are not waiting for the market to move up. You are focing it,  by doubling and even tripling the value. On this property Dan increased the value by a factor of 10 times. The value has been “forced” from £50,000 to £510,000. Moreover, when a tenant is secured into the property, the value may possibly increase further anywhere from £510,000 to £750,000.

Not only is this a worthwhile investment for Taylor Capital, it’s developing a new build without being ‘Bob the Builder’ and more importantly without all of the risk that comes with developments. Moreover, the local housing association are happy as they are getting 12 new affordable apartments in the area, which helps with supplying much needed demand for quality affordable housing targets for the locality. The social impact, regeneration and reciprocal effects cannot be underestimated and have really helped the local community to spark regeneration in the area triggered by this “Public Private Partnership”. 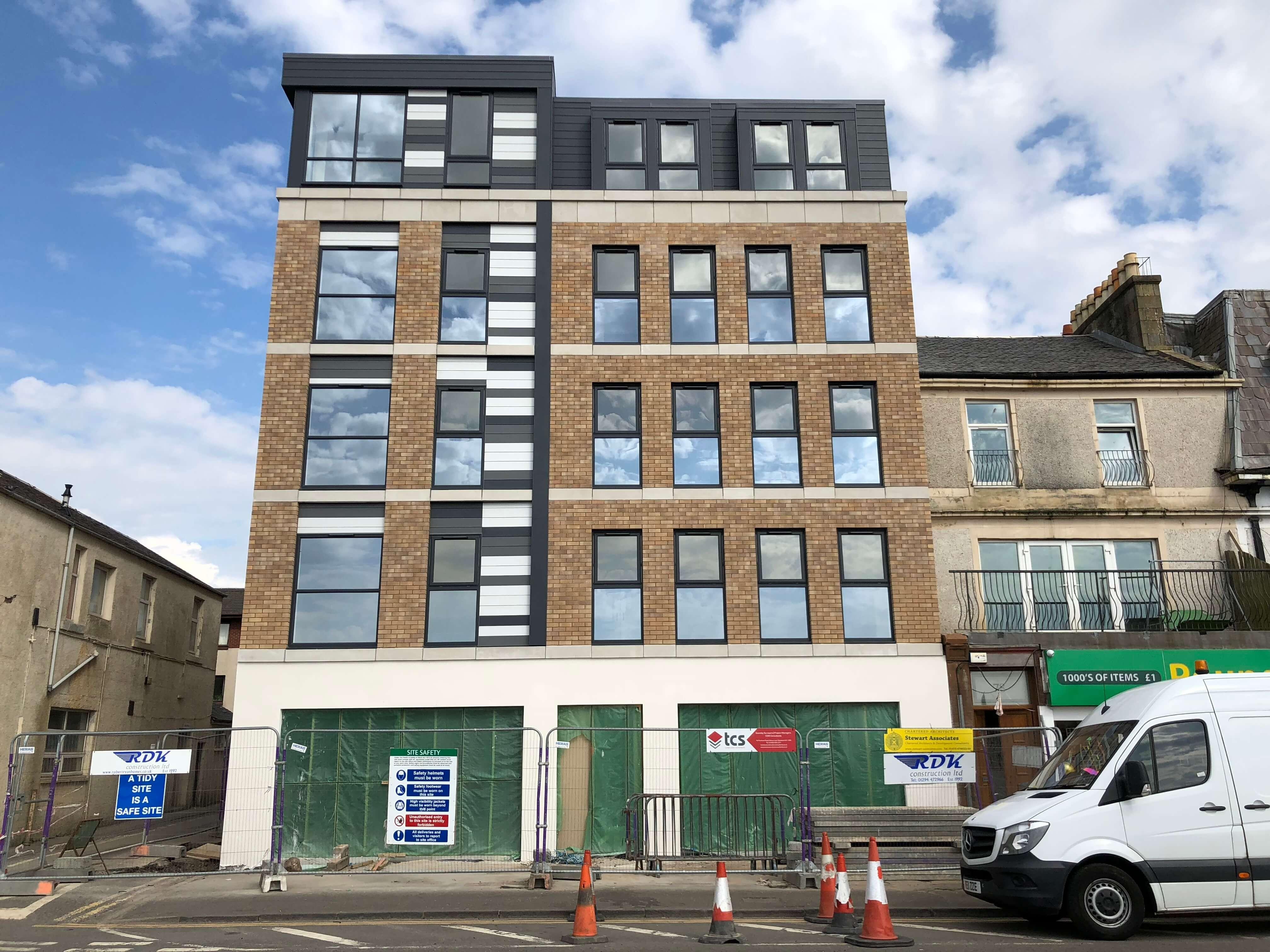 The increase in value and high-quality lease arrangements with long term national brands hugely reduces risk and creates a lowly geared investment that will survive and thrive during the next economic correction.

Vicky's was acquired in April 2020, an old hotel, bar and restaurant purchased for £50,000, situated in Largs, Scotland, with the potential to become quality affordable housing. The project aim was to transform Vicky's into a high quality flats to be occupied at affordable rates. If you would like to find out more about how this is possible join the Community it’s Free.

Before: Vicky's Hotel, with a bar, restaurant, plus affordable housing 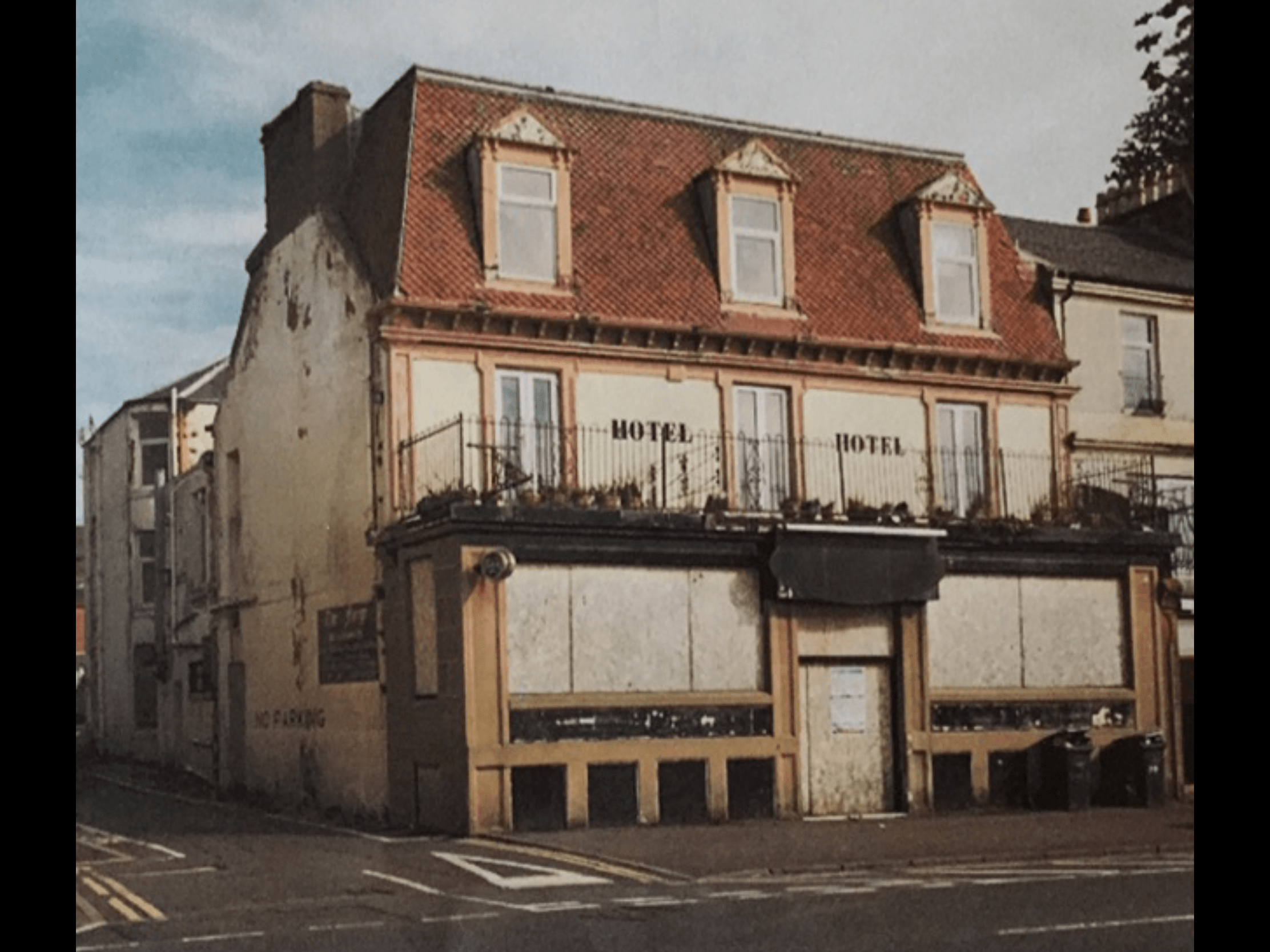 Before: 84 Gallowgate Street in Largs, Scotland Before Reconstruction 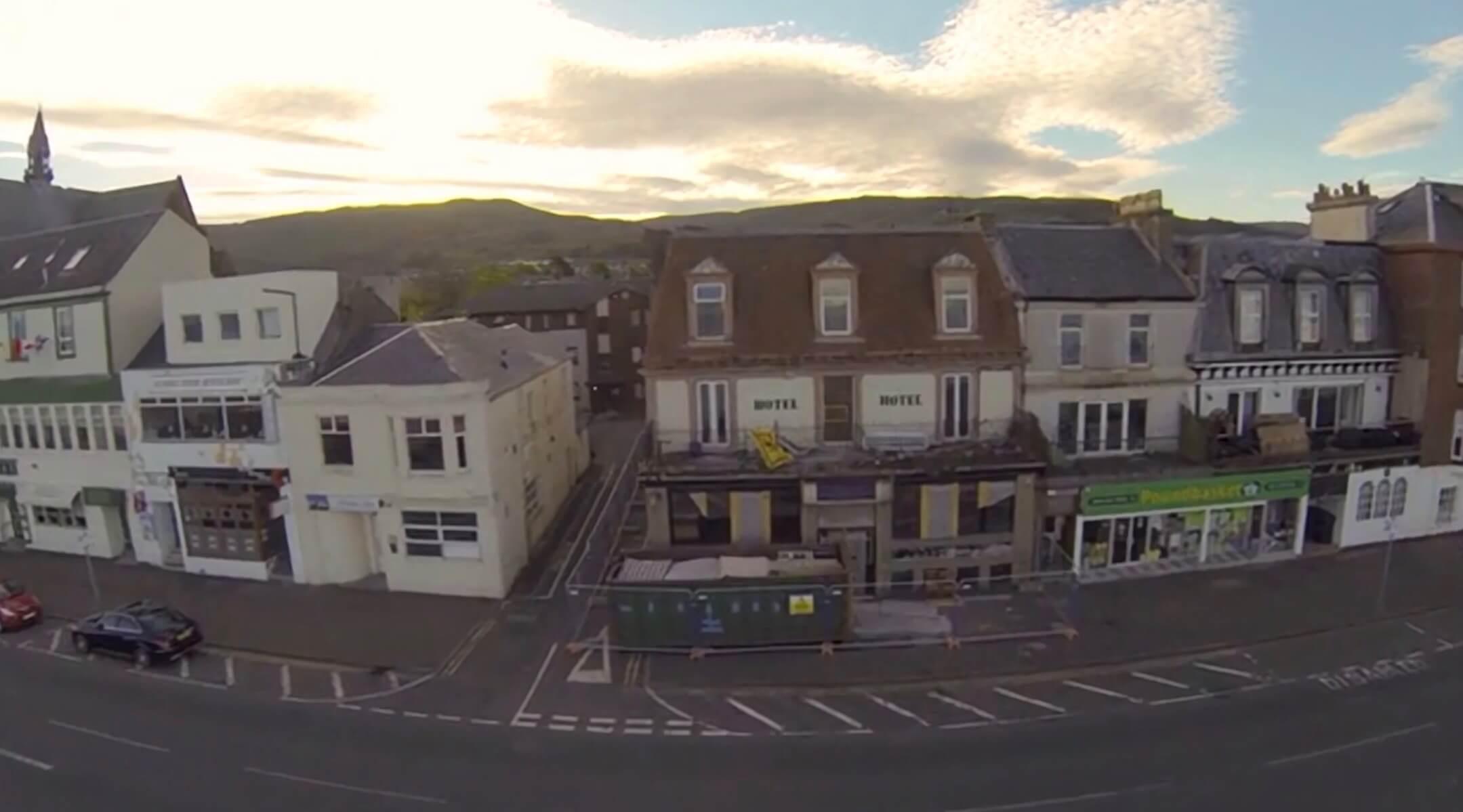 During: Vicky's Hotel During Reconstruction 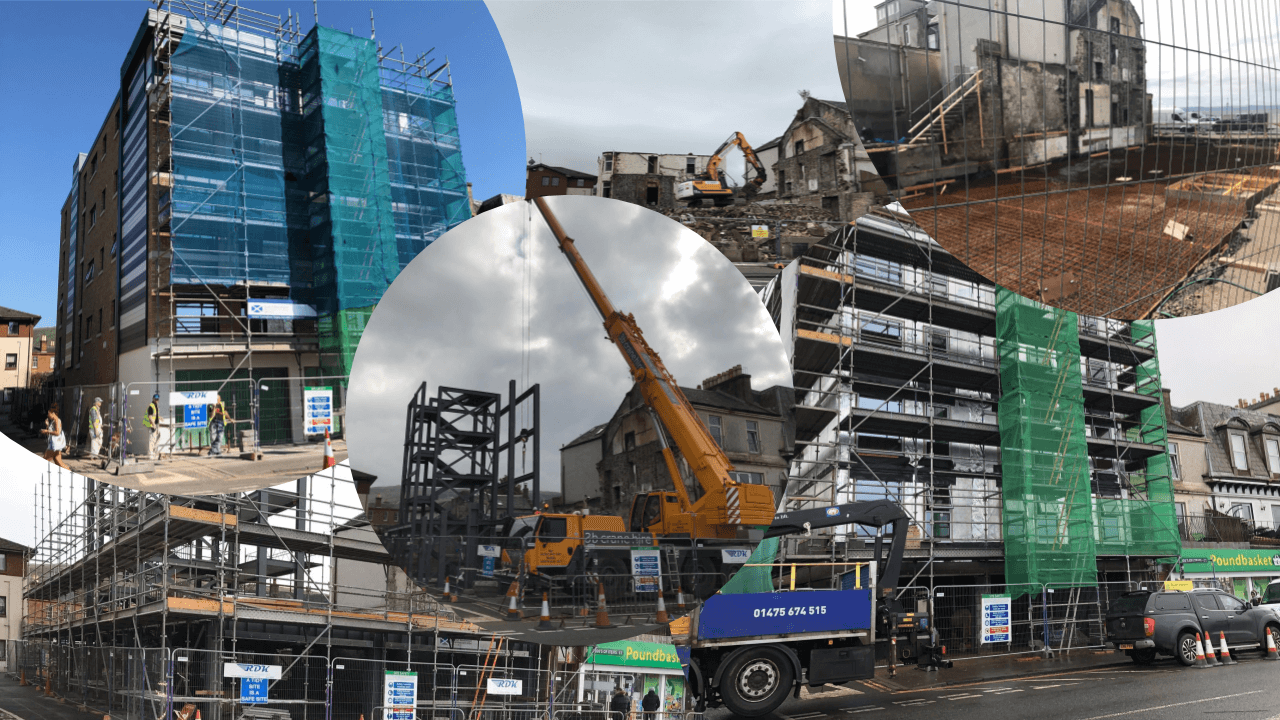 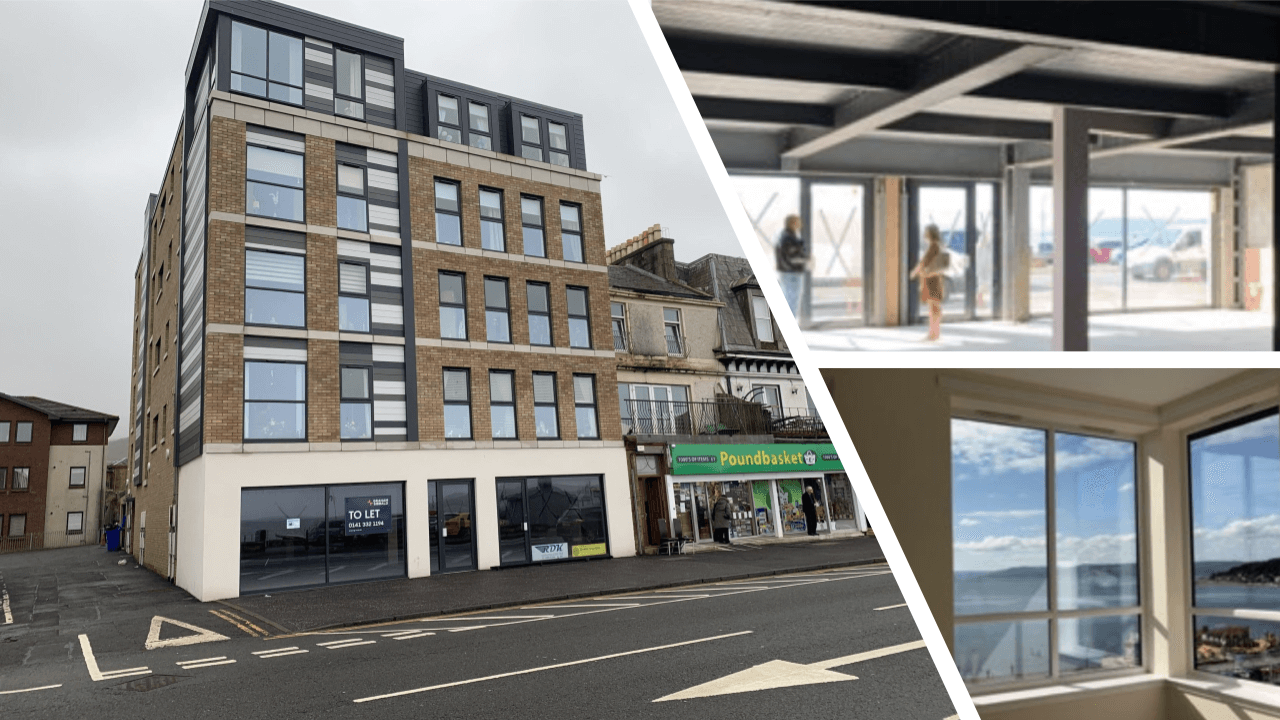 Fill in the form below to get access to a FREE TRIAL and a FREE WEBINAR with Dan Taylor!

Enter your name and email using the boxes below...